A good friend of mine gave me the link to his blog today. First off I realized how much more prolific he was than I. My attempts at “blogging” are haphazard at best. I still really love writing but as I get older I feel less and less relevant, especially now when I am once again unemployed and while I’ve been on seven interviews (seven!!!), not one company has offered to hire me. I will have to resort to temping when my EI runs out to make ends meet but in the meantime, it means if I don’t find something in the next few weeks (which seems highly unlikely at this point, I’ve been looking since January), I can sort of take the summer off.

Last time this happened I was so petrified of never getting a job again that I just sat around for a year and half in terror. I decided I was going to be more Doris Day about it this time.

I’m no spring chicken here and my mortality, while not a grave concern, is imminent and ever looming. I don’t have any kids and I’m not speaking to my Mom at the moment, my brother’s trying to raise a family and my sister’s estranged in L.A. When it comes right down to it, I have nobody. Honestly if I keeled over tomorrow, I think the only person who would be really emotional about it is my long-time partner Hubert (who never ever fucking reads my blogs … but I digress).

So I’m trying to think of what to do with the story I started to write – the ideas I had, my life in general. I have two dogs and a cat but I could always move the pets. I’m honestly thinking about upping stakes and just moving somewhere off the grid and seeing how long I could survive with a tricycle, a patch of land and some animules to care for/eat when they die. Goats, chickens, rabbits – couldn’t do cows or pigs, that’s a big nope on my end.

I really wish I had my license – another thing I have been saying for literally decades and because I forked out a couple grand once for nothing basically (long story short, took lessons, guy showed up in different car, panicked and flunked test, then practiced with step-dad, went for test, not allowed because of dealer plates, got other car at last minute, flunked), never tried after that … was too humiliated. And now, because I don’t drive, I’m totally limited in my options. And to top it all off my partner in crime doesn’t have his license either. So the bottom line is, I need to change my life drastically but I’m not sure what I want to do or how to go about it. I can’t get a job in my “chosen” career (I use that term very loosely because I really wanted to be a writer or psychiatrist but settled for working in office which I suppose is a slight step up from the service industry but I may very well end up back there in any event). I’d love to change my designation altogether and do something else for the next 10 to 15 years, but I have no idea what that is. People have suggested stuff, mortgage broker, personal trainer, part of the issue with that is the cost and the time – but mostly, I’m not interested in that. I saw a post the other day of a guy that gets paid to walk and talk with people. I’d love to do that for a living but I doubt that would cover off my cost of living.

Then there’s the issue of my living circumstances, I have a lovely spare room, furnished but it also has quite a bit of my stuff in it. I have been doing really well over the past year or two decluttering my place but in order to get that room down to the bare bones, I’d have to get rid of about a quarter of what I own in clothing and possessions … but this being unemployed thing may compel me to suck it up. Also, my apartment is stupidly designed with the bedrooms side by each – some nutbar in the seventies decided this would be a good idea, assuming that everyone living in these units would be young families with kids. Okay, let me tell you, at the moment not one “young family” lives in any of these units. So anyway, the point is it’s not especially private for me or the roommate. Also, I haven’t had a roommate per se in about 30 years so it would be a big adjustment. Although, to be honest, lately I’ve been wishing more and more for some companionship and I would get that in a roommate (assuming they weren’t a complete asshole who I loathed). If I got a roommate though I wouldn’t have to worry nearly so much about the job thing – I could get something that pays less and be okay. But right now, I am so not okay it’s not funny.

The problem is I am mediocre … it sounds self-deprecating I know, but it’s the truth. When it comes to my job, that’s what I am, mediocre. I don’t suck at it but I don’t have enough “shine” to stand out in the crowd and with things the way they are today you have to be top tier to get the position. I guess when my EI runs out, I’ll go back to temping until someone hires me proper – how lame to have to do that this close to retirement. And you know what also blows too – I worked so fucking hard when I was younger, supported other people, went to school, etc. I should have something more to show for this than memories of Voodoo, Dominos, Larry’s Hideway and a few friends who seem to haphazardly care about me.

Oh yeah, that’s another thing. I feel totally like an afterthought in most people’s lives at the moment. I have been going out of my way to try and connect with people and it’s like I’m important, but you know, not that important. Like people will just not respond to my texts … at all. I will have to text them back. Stuff like that. So I’m starting to withdraw more and more and I suppose I will start focusing a lot more on my writing. At least that way I can feel like I’m accomplishing something at least. And remember … 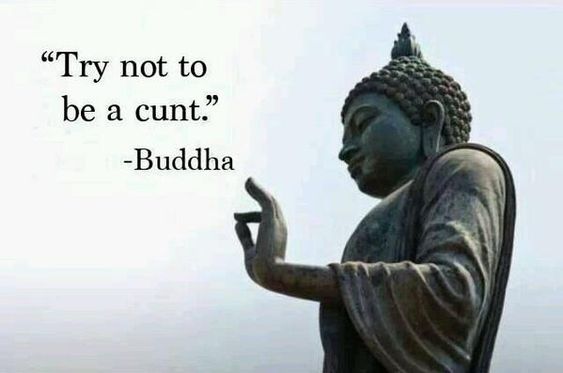